A storybook turn into jigsaw puzzle? Oh yes, it is doable ;)

This is the story book that my sister wrote for her daughter about 20 years ago. I had the characters created and put it into an eBook for her and then I used a software program (and loads of research) to create an image that would produce an image large enough for a 1000 piece jigsaw puzzle. 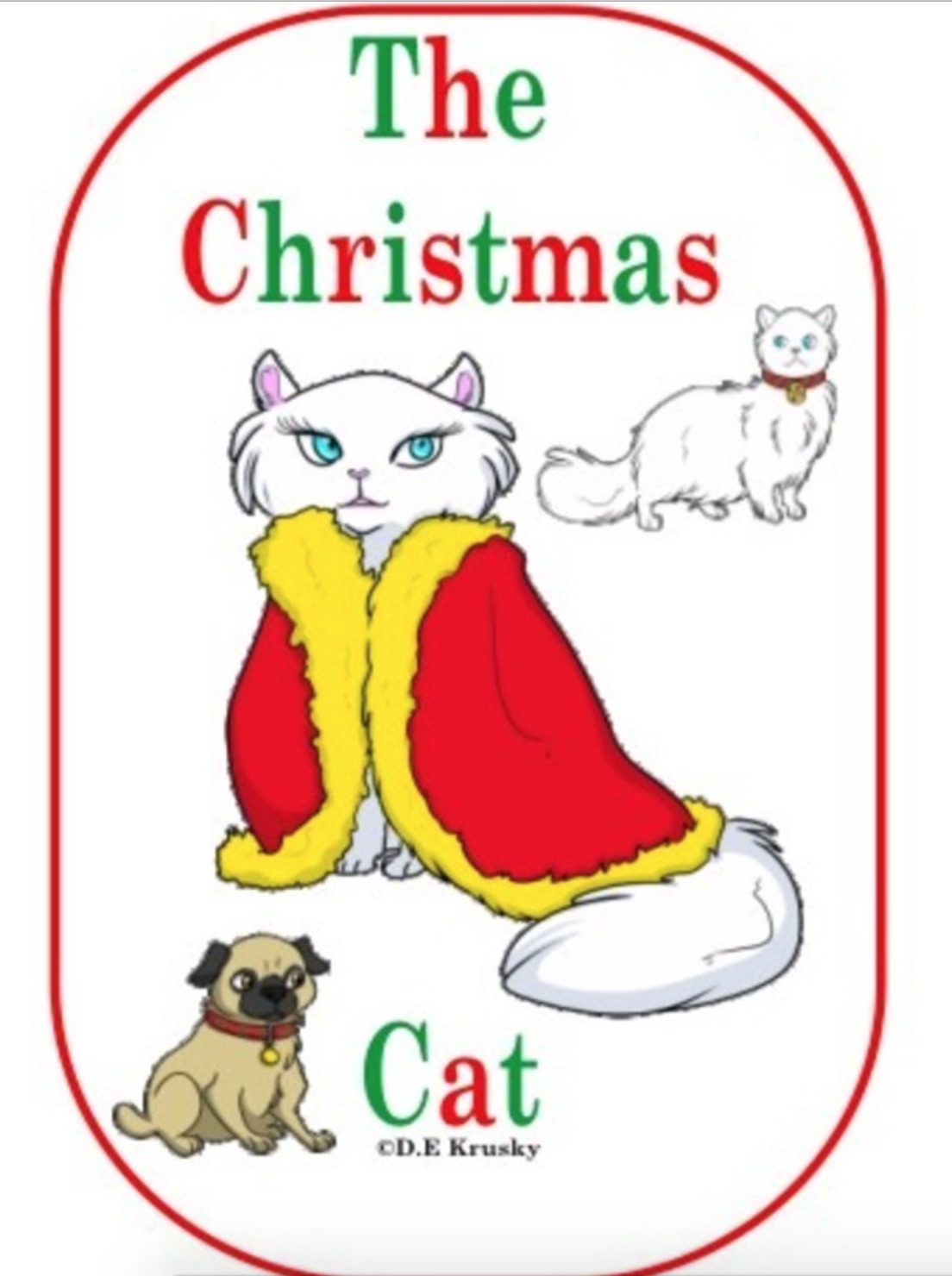 Then I took the entire text content (story) and placed it in the software to create my image. It was quite challenging to place the characters into the storylines and to space them accordingly. 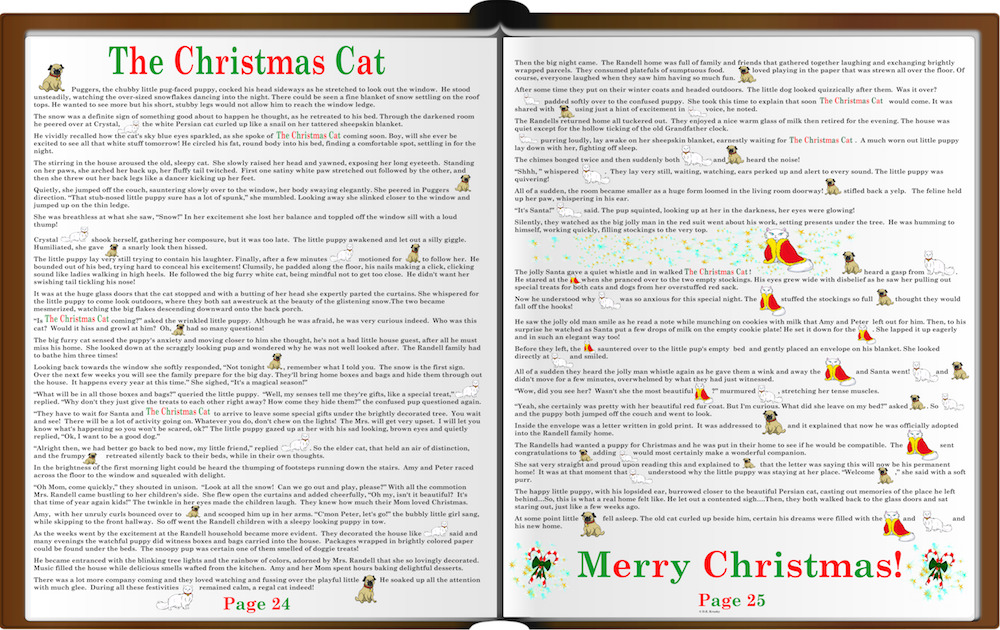 I chose to use Portrait Puzzles because they offered jigsaw puzzles cut at 1000 pieces. I contacted them by email and asked it I could send them my image to confirm that it would be acceptable for the jigsaw puzzle size I was requesting.

The customer service replied quickly and friendly. Also, after I uploaded the image and paid for my purchase it only took just over a week to arrive to my home in Canada from the USA.  I was really impressed with how quickly it arrived.

Now below you can see how I have given the Christmas Cat story jigsaw puzzle a frame. This was such a large picture sized in at 20" x 26" however the frame we located allowed us to even have a backing. The frame originally was brown wood but we painted it a soft gray to enhance the gray shading on the jigsaw puzzle itself.

This is by far the most creative jigsaw puzzle I have ever made. 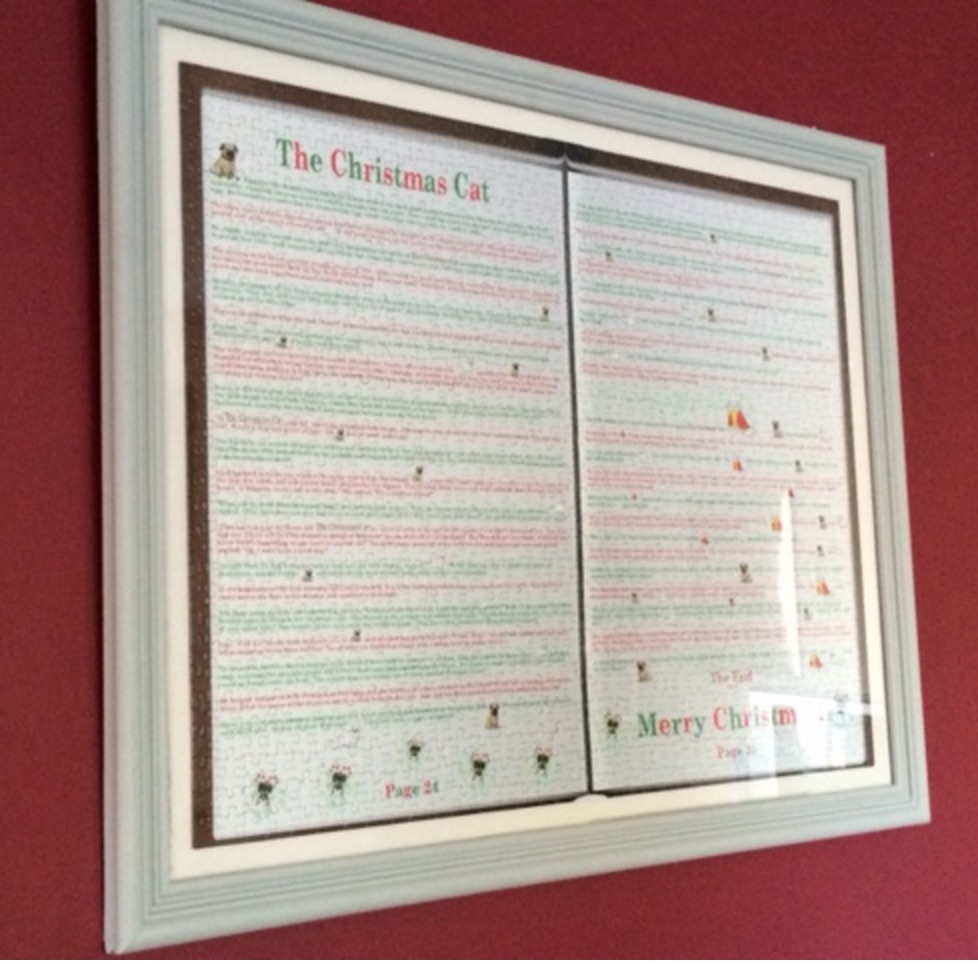