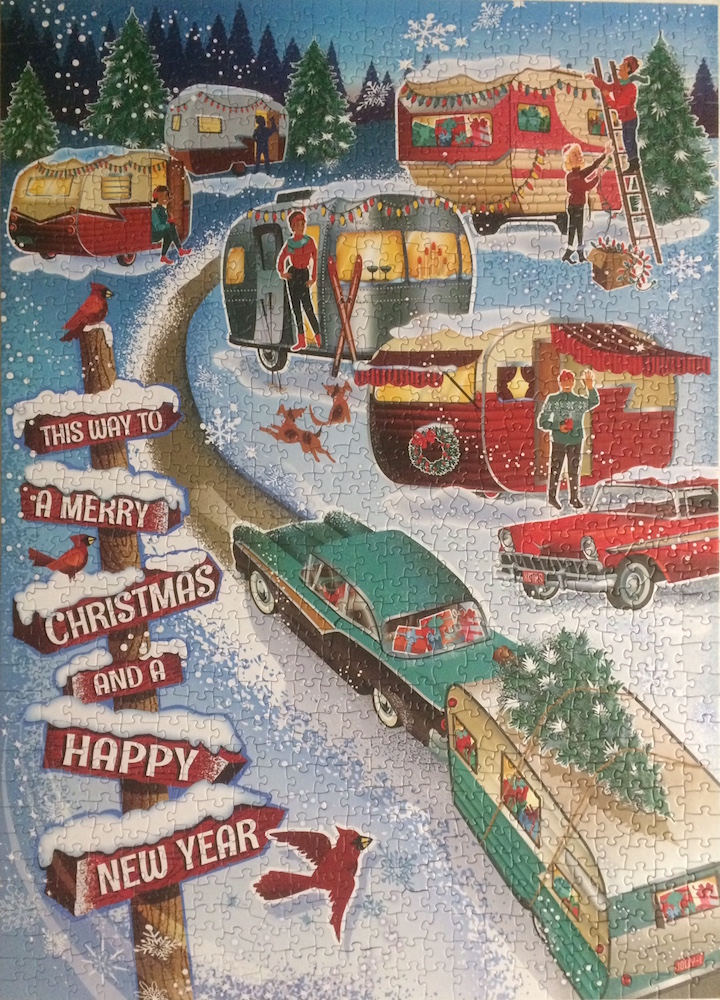 The Christmas Campers Puzzle brings a new idea to celebrate Christmas. It never occurred to me that people should pack up the camper, go to the campgrounds and celebrate Christmas. I really think that would be a terrific idea. I would certainly try it IF the campground was in an area where the winter was not too cold. I know I would enjoy the celebration of decorating the campers among decorated outdoor Christmas trees and then celebrating with other campers  as shown in the artist's image. This is a great concept for a jigsaw puzzle image. 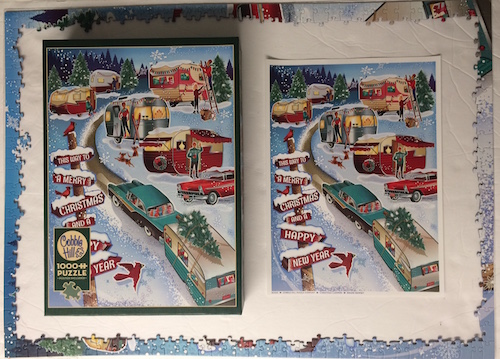 I usually start with the text on the image and this one's text was along the bottom left.....it was a little tricky at first. Then I moved onto the solid green pieces which turned out to be the car and the bottom of the camper.  Once the majority of the greens were assembled I moved over to the reds on the campers and car. Little details like the tires and Christmas lights were easier to put into place. That basically left the different shades of the snow but the patches were not huge so it went well.

I seemed to get through this one faster than I thought I might.  I really do LOVE assembling Christmas jigsaw puzzles and have several completed by different Brands. One of my most favourite Christmas puzzles is by Cobble Hill puzzles too and it's titled Holiday Candy  - it sure was challenging to assemble and I do put it on my wall every Christmas as a form of decorations.

I also want to mention how nice the matte finish is on the Cobble Hill puzzles. They are non glare images and they feel so nice when my hands do the 'once-over' upon completion of the puzzles. You can see the nice random cut and quality in the close up images below.