Picture Puzzles on the Wall 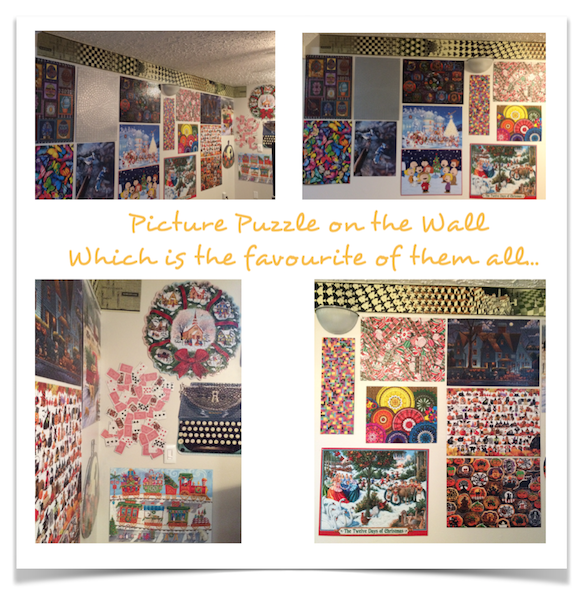 This is a project that I have longed to create - a wall of jigsaw puzzles. Here I have accumulated 21 puzzles which I have savoured over the years and moved across the country.

Space on an open wall is often an issue but I finally had an opportunity with a bare wall and took advantage of it. Placing the puzzles strategically and evenly on the wall took about 4 hours and were rearranged many times to look appealing and to utilize the space according to the size of the puzzles.

Most of these puzzles remain on the wall however some near the bottom have been moved due to object/items that are against the wall now. That said, they will be forever captured in  photos and the following video... 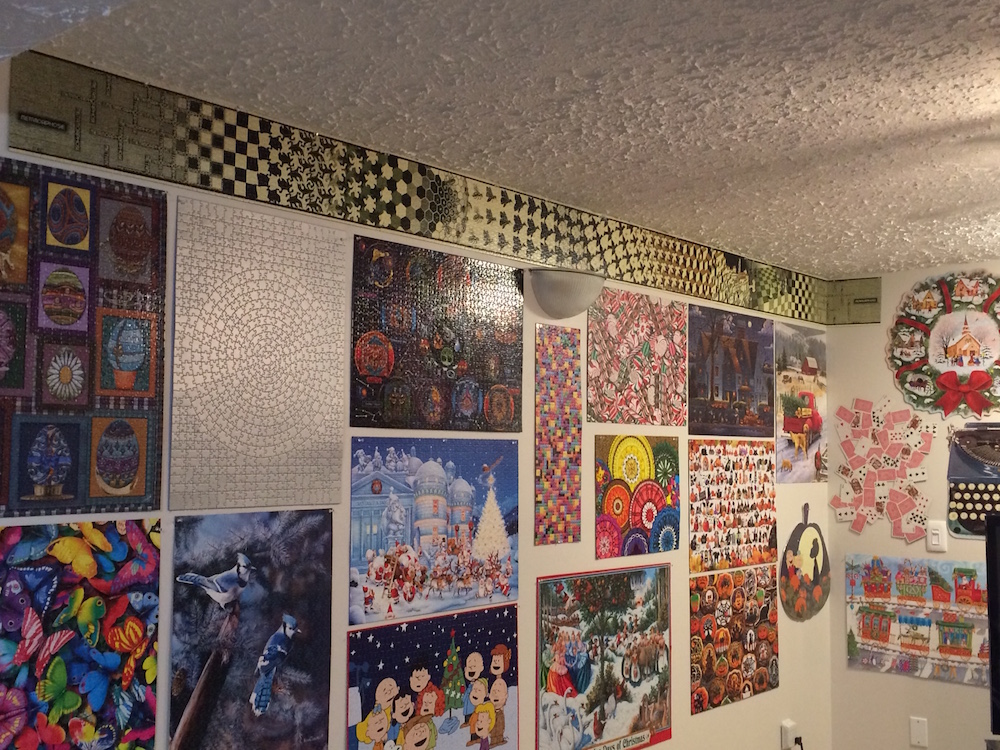 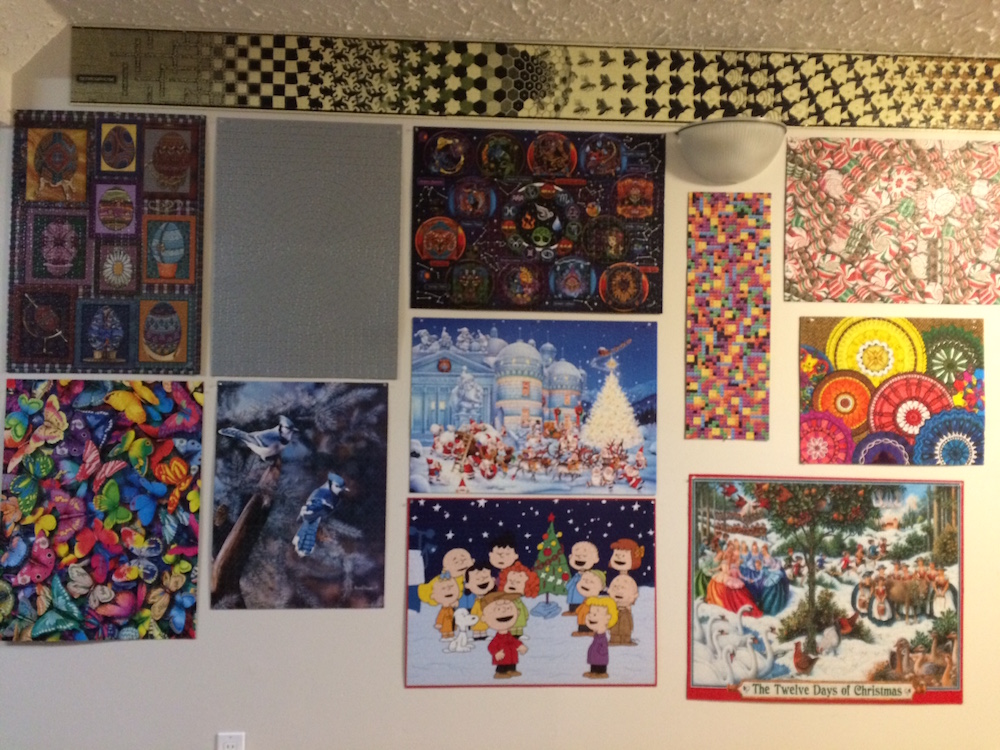 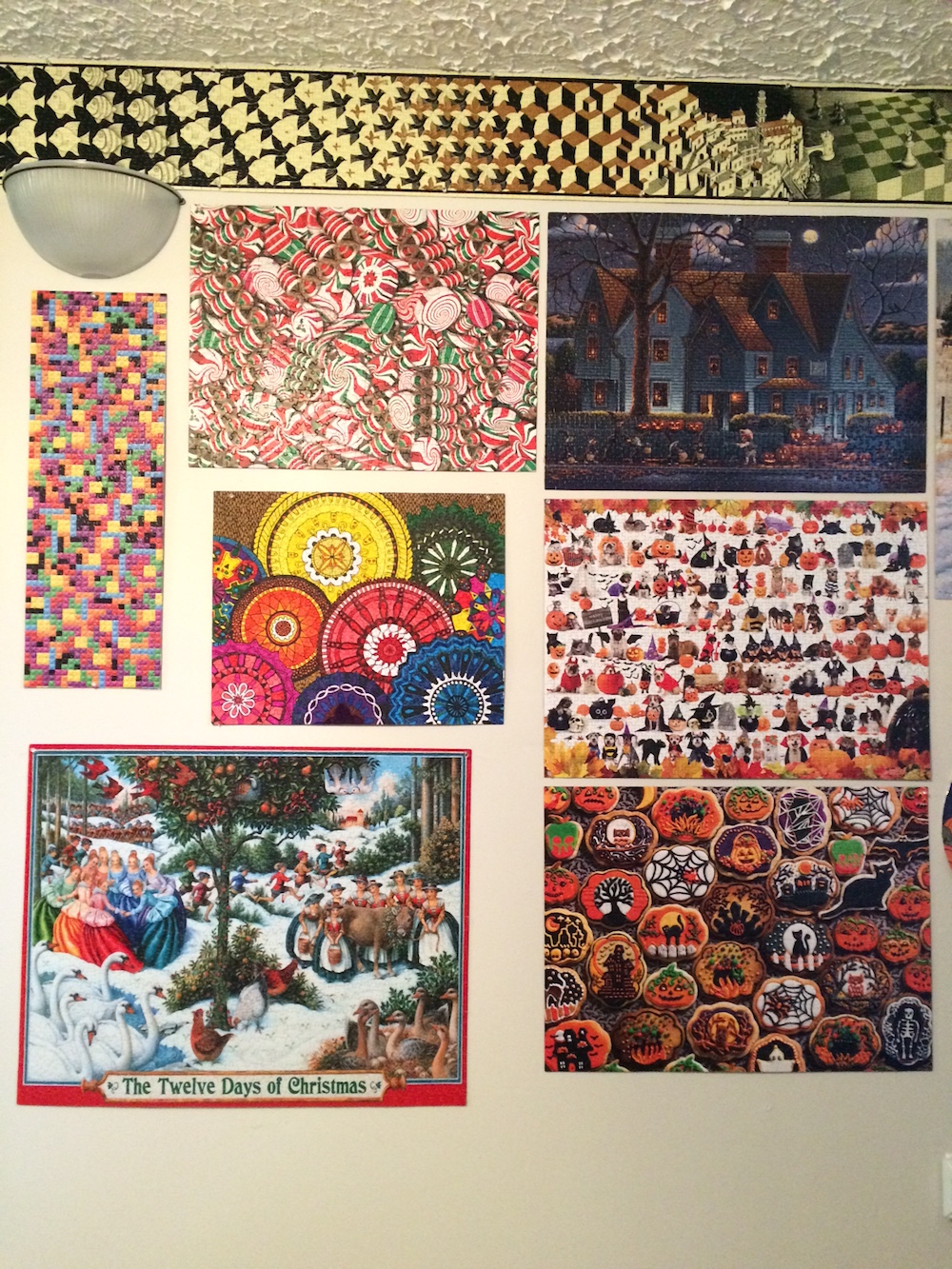 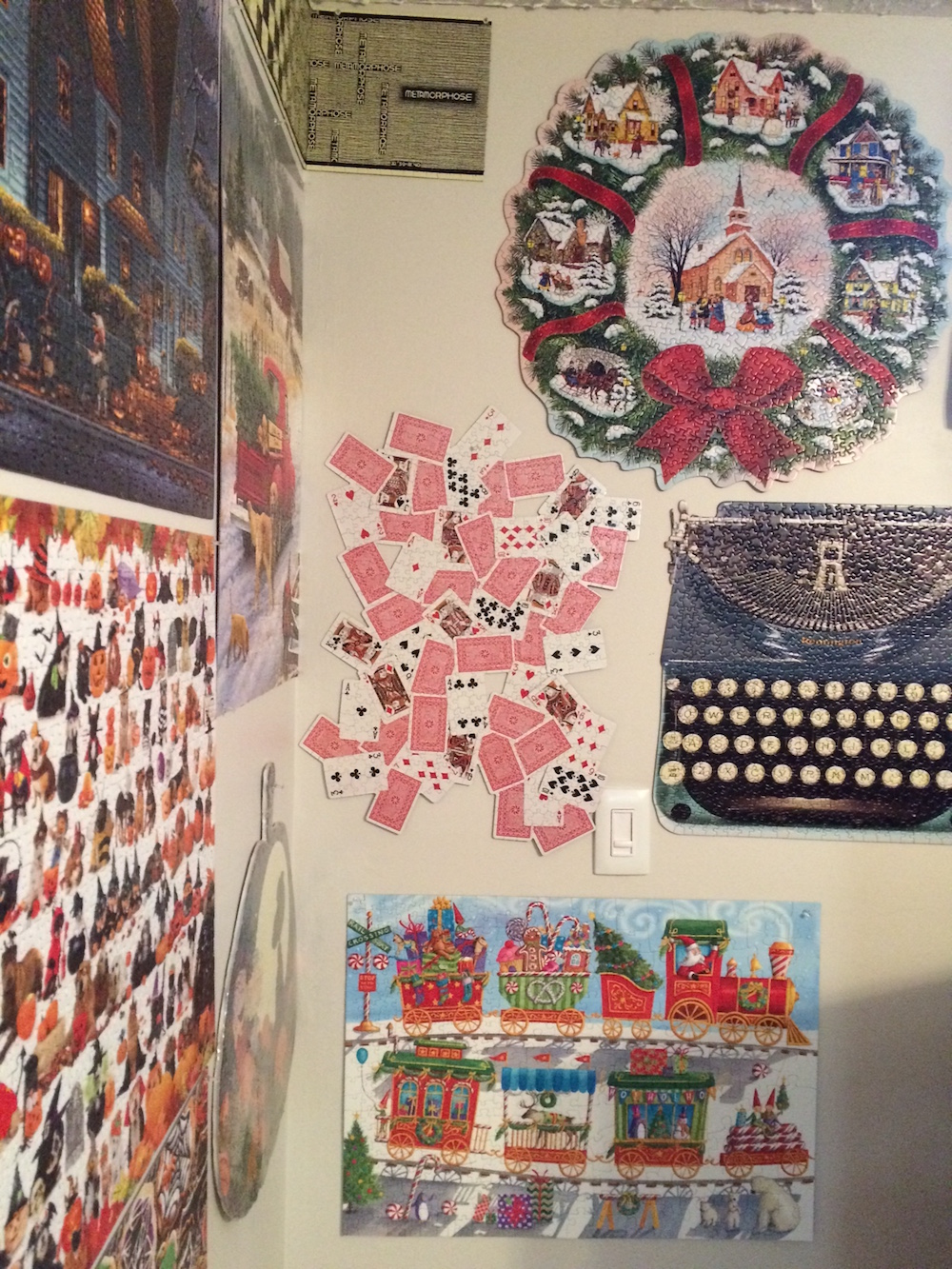 The following reviews include all the details of each puzzle on the wall for your convenience.

OUR POSTS MAY CONTAIN AFFILIATE LINKS!  IF YOU BUY SOMETHING THROUGH ONE OF THOSE LINKS,  WE'LL GET A SMALL COMMISSION, THANKS 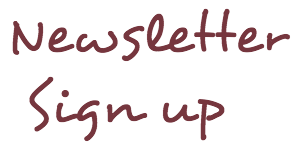