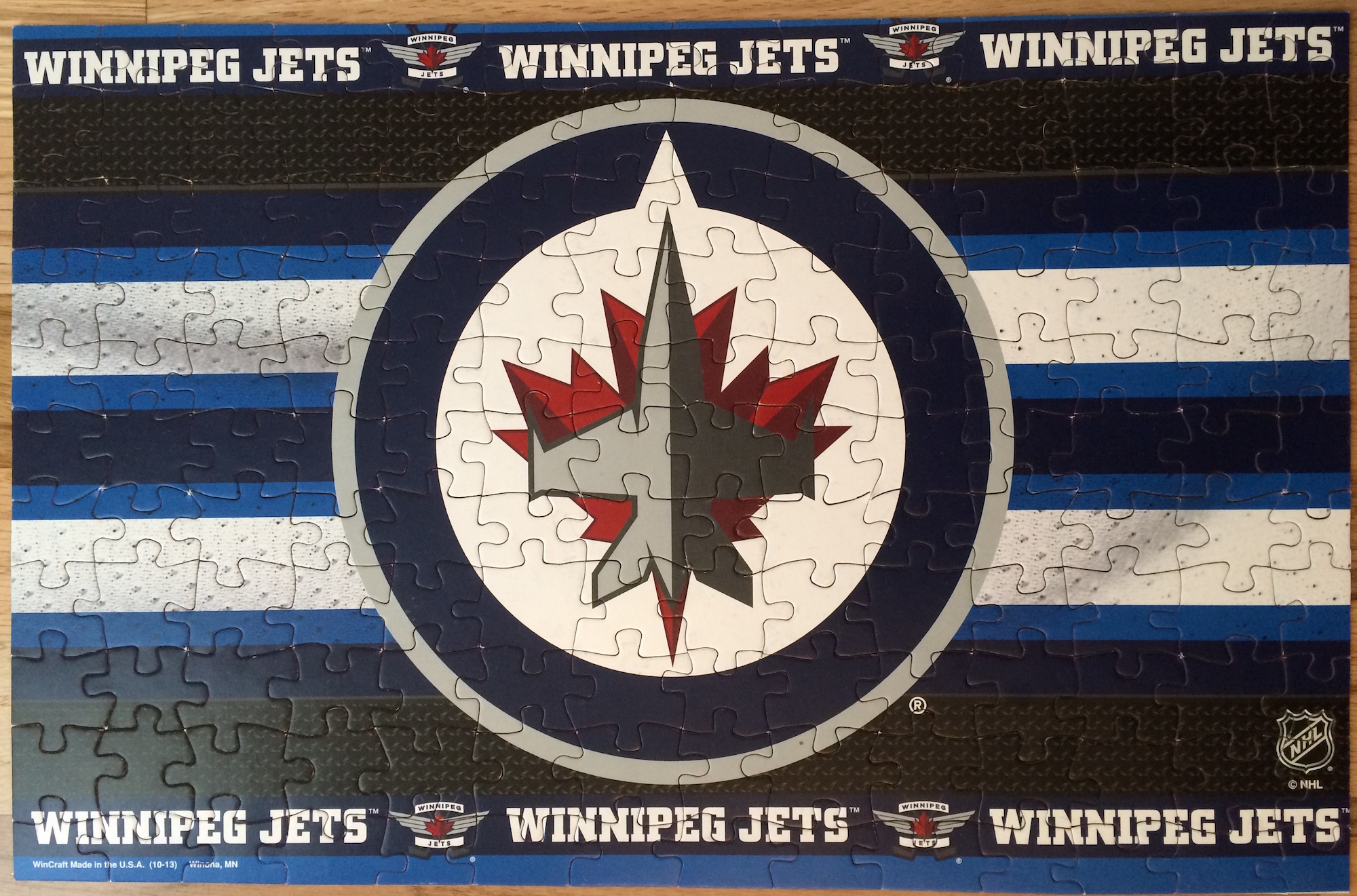 The following video is a time lapse recorded video of me assembling this jigsaw puzzle. However when I went to set up the time lapse, the program I used only produced about 2/3's of my recording..typically a technical issue :(

Oh well......the short video still looks good even though you do not get to see the end - eek!

I found the musical tune in the video to go appropriately go with this puzzle as I could not use the national "Hockey Night in Canada" theme song :( so I used this one instead -  Air Hockey Saloon by Chris Zabriskie is licensed under a Creative Commons Attribution 4.0 license. https://creativecommons.org/licenses/... Source: http://chriszabriskie.com/vendaface/ Artist: http://chriszabriskie.com/

As seen in my video above, I organized some of the colored pieces into piles as it 'weeded' out the edge pieces. Of course the border was assembled first then I started with the black colors along the inside of the border and built the inside circle next. The rest of the pieces basically fell into place.

You can see how thin the box is in the image below and it has a flip top. I did not open this box but judging from the image chances are pretty good the pieces were in a bag.

The pieces are on the larger size but not extra large as the image size is only 11" x 17".  That said, the quality of the pieces is also thin cardboard. Luckily, as you can see in the completed image at the top of the page, that the pieces do fit decent enough to lay flat once assembled and there is clear-wide packing tape on the back to hold the pieces in place as it have become an ornament on the wall for the 'Winnipeg Jets fans are in the house'!

The is what can be referred to as a novelty jigsaw puzzle gift where the idea is more about the Fan of the team rather than the quality of the puzzle....but in my house, no puzzle piece is left un-assembled no matter what the quality...actually that's not true...I did put ONE puzzle back in the box because it was SO flimsy that my arm movement above the pieces practically moved the pieces AND there was WAY too much blue sky :( 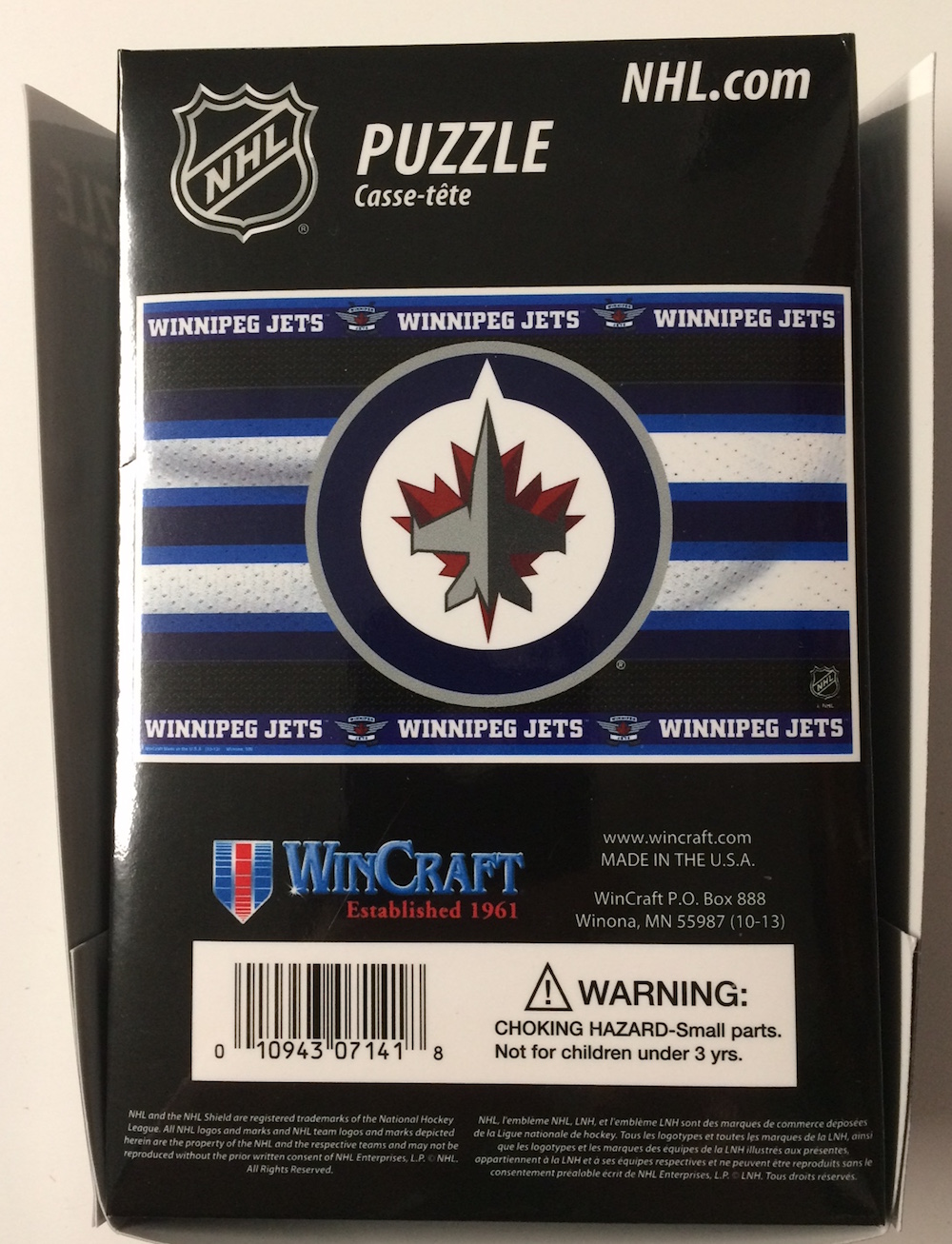 Wincraft is a recognized leader in retail licensed and promotional products. They have over 300 licenses including the NFL, MLB, NBA, NHL, college and NASCAR. The following are a few of the Hockey jigsaw puzzles available on Amazon but there are others that make great Christmas gifts for sports fans. And if you purchase from the links below we will receive a small commissions which helps support this website...so thanks very much for that. :)