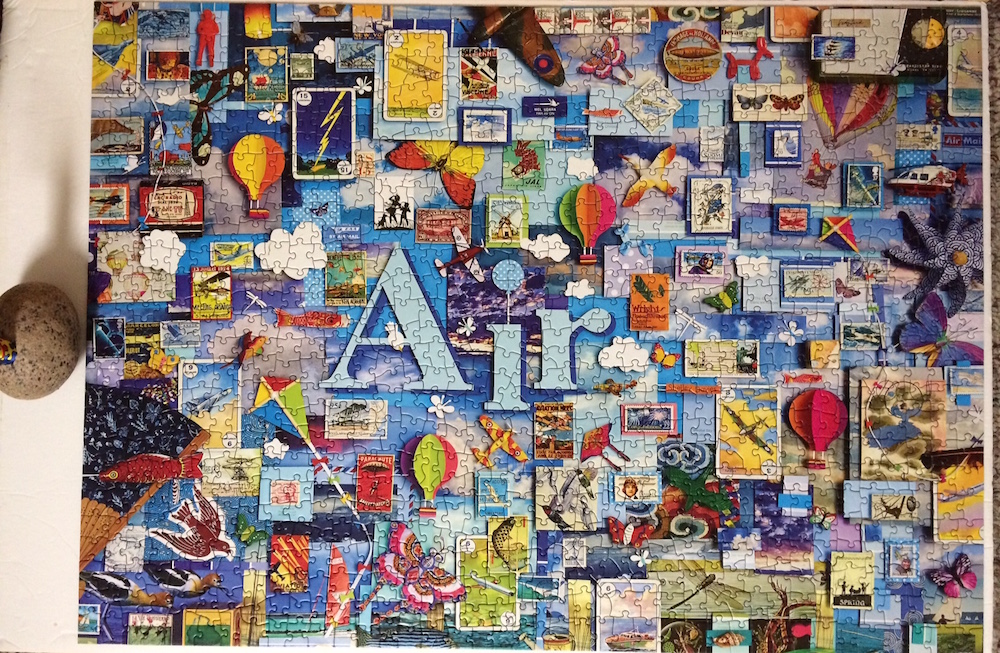 I found the Air jigsaw puzzle which is one of the four Element Series to be a bit easier than the water however I am still amazed at the amazing details of items and how the image was created. Very impressive! I cannot even imagine organizing this many items so strategically onto the large boards. What a terrific project that would be to work on!

So 'the plan of attack' for these 4 Element puzzles will be the big letters first then look for the largest sections of colors/patterns/objects. Then just continuously pick away at items by placing them into their 'estimated' areas, one by one which eventually match up.

As you can see in the image below there are a lot of sporadic unfilled areas due to the extreme amount of details and items. We often refer to these images as busy but this one seems more easier than the Water puzzle but not sure why..... 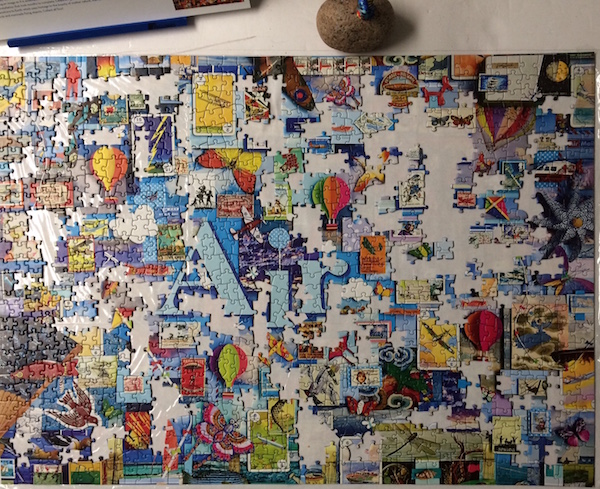 The following 4 images shares closeup of some of the details in the Air jigsaw puzzle and the 5th image shows the size of the small images in comparison to the big letters. 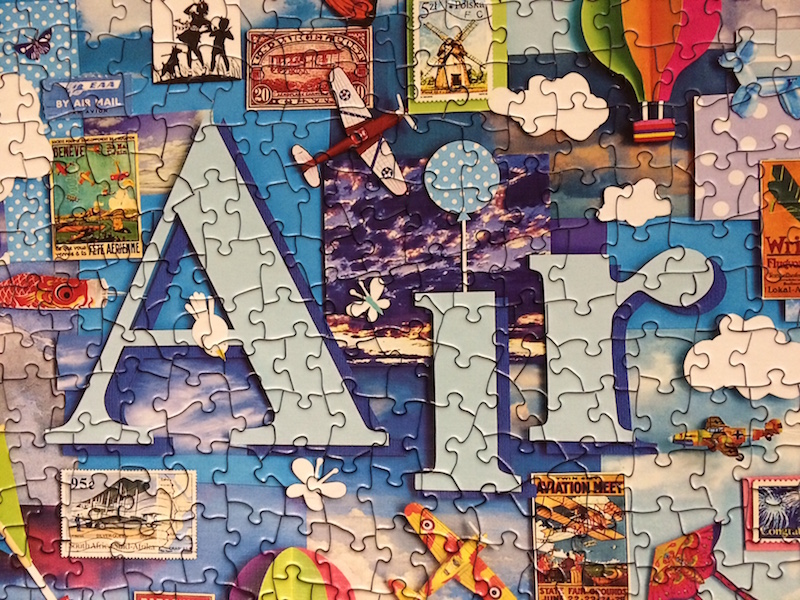 I will be submitting all 4 completed puzzles to the World Puzzle Days which Cobble Hills Puzzle Company is one of the Sponsors as well. Thanks to Cobble Hills I have now completed 2 out of 4 and really enjoyed this Air jigsaw puzzle.