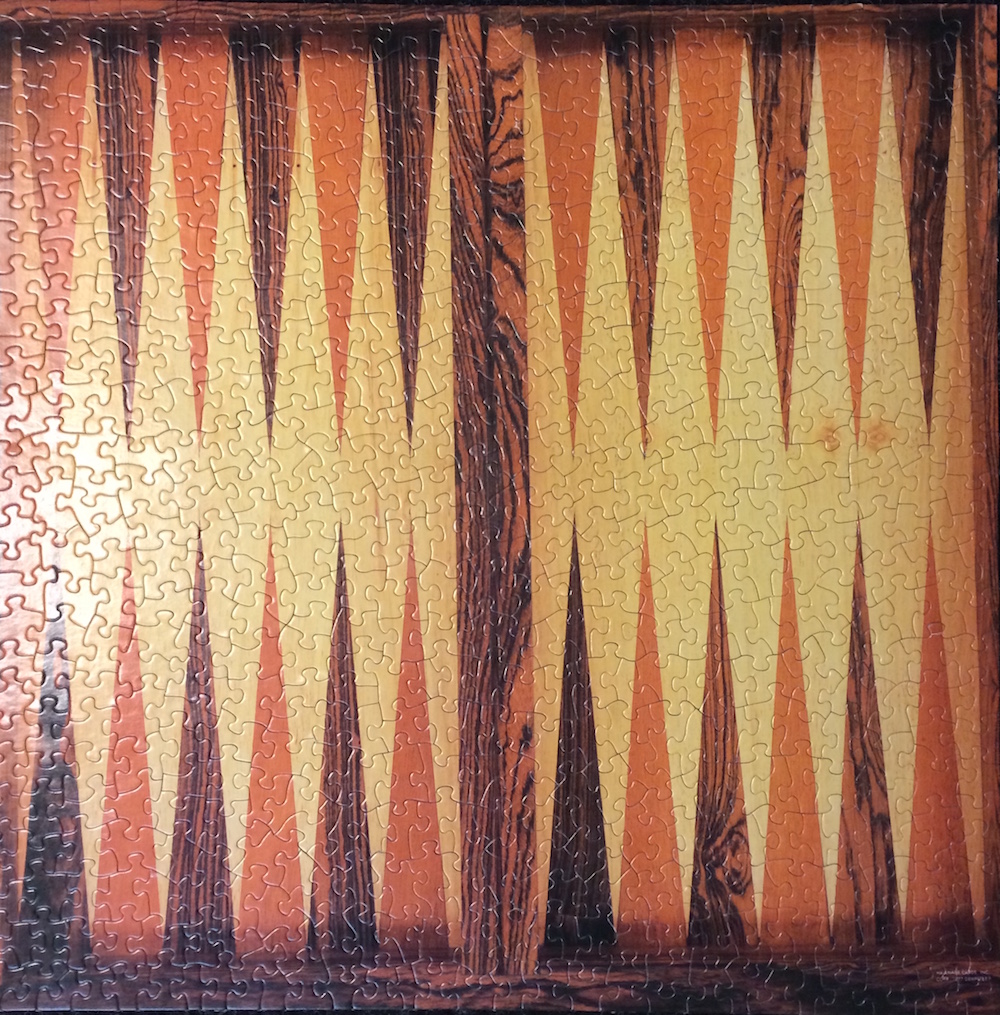 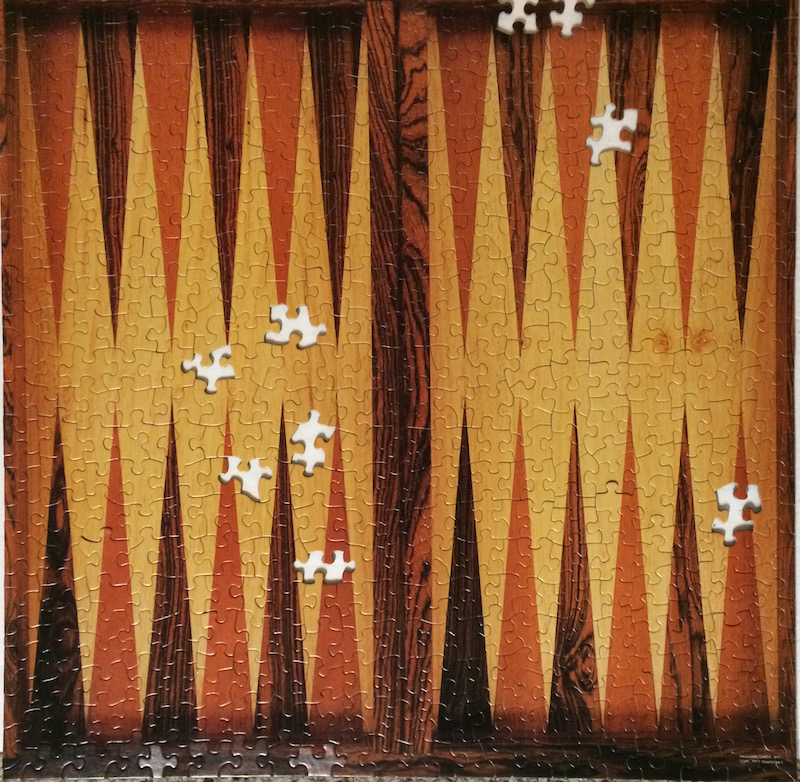 The border went together fairly well even though I could not locate the upper right pieces. I double checked the measurements on the Backgammon jigsaw puzzle to be sure all the pieces were placed correctly.  Also the dark border (which you cannot see) actually has black thin lines running evenly across the edge so there was not mistaking an edge piece. However, I kept going because there was always that possibility (and hope) that a random cut piece or 2 was still in the mix or the edge pieces could easily be cut from the box and match up nicely.

After all that, it was difficult to get this image to take shape and at that point I figured at least 3 pieces were missing. Actually, before I started assembling this puzzle, I counted the pieces 3 times and there were 503 pieces so I actually felt pretty safe that all the pieces were there. So at the point of the image 'work in progress #3' below, I was considering, "should I go on"? I put a 'cry for help' out to the Jigsaw Puzzle Groups we frequent, asking them if they would continue - of course the majority said to continue - so I did.

I really had my heart set on this Backgammon jigsaw puzzle because way back in the day Hubby and I used to play Backgammon a fair amount - he almost always won but I was relentless. This was such a cool puzzle to find and we would have kept the board and used it.

Then, as the border pieces were missing, we figured we could replace it with the box and even piece #3 in the creamy colour could have been replaced. But after 9 missing pieces and 4 are across more than one colour, the box lines would not match up if we tried to use it for replacing pieces. But Hubby said, don't throw it out because you never know if you might come across another one.

This was a Thrift Store find for $1.00 so it's kinda a harsh learning lesson. I've been wanting to get to this puzzle for about 4 years, so that long wait is over with. I was surprised to see it was still available to purchase.

The close up images below share the great quality of the Authentic jigsaw puzzle pieces. They are very thick and must be hard-pressed into place among most of the pieces. Also you can see the 'shades' of different areas from light to dark which helped a bit too. The image is very sharp and clear down to the specks on the wood grain....awesomeness!

The backgammon jigsaw puzzle is almost 40 years old (no wonder it's missing so many pieces). It one of Springbok's Authentic Puzzle Plus Series and backgammon was more popular back then.

The following images share the detail on the box of the contents contained inside the box and the back of the box which has the rules of the Backgammon Game - yes that would of been nice to utilize this jigsaw puzzle to its full potential......sigh..... 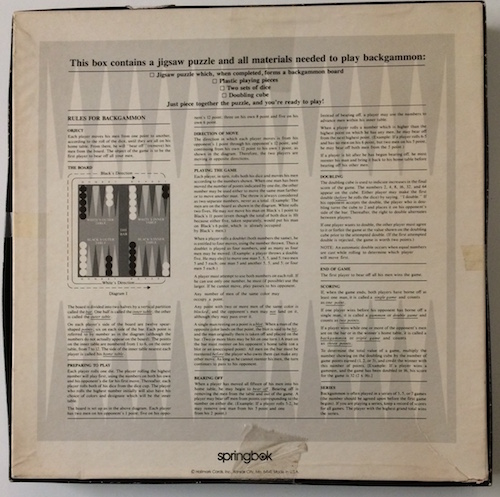 I do enjoy 'game' jigsaw puzzles. I have the Monopoly Game puzzle and Tetris image puzzle.