Kittens by the Dozen Jigsaw Puzzle 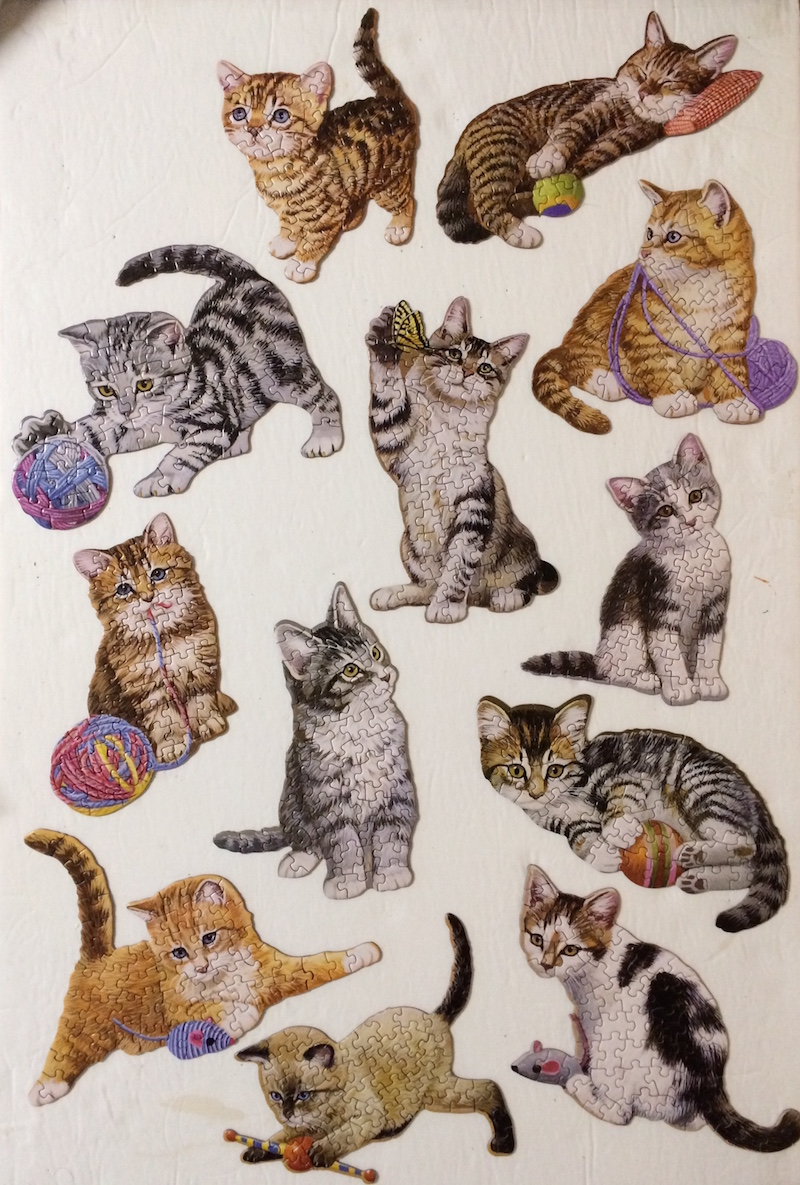 As the toys were completed, I gathered the eyes, nose, mouths, paws and possible tails into sections. Then I chose each toy and assembled the kitten around that toy, having several kittens on the go at the same time. At one point I had all the faces semi-assembled and most of the tails associated with the kitten's body.

The bodies were tricky so I did the lightest colored bodies first until only the black, grey, tabby and white colored kittens were left. And as you can see, those colors fit about half the dozen. Then it came down to the pattern of the fur on the kitten and the shapes of the puzzle pieces.

The following 12 images gives a little bit closer look at each of the 12 kittens which is what was the real attraction to this jigsaw puzzle. Unfortunately the uploads have a few of the kittens sideways which is a technical issue.

The quality thickness of the pieces are not that thick and tended to be cut a tad loose. Many of the pieces are quite small being a shaped puzzle so that is not uncommon. Once the individual kittens were assembled they were somewhat moveable - very carefully of course.

The Artist, Jack Williams, has several jigsaw puzzles sold by Bit and Pieces but I am partial to cats and kittens so when I seen Kittens by the Dozen they were a MUST have.

After the 12 'minis' were completed I was totally delighted with this 700 piece jigsaw puzzle for a slightly different entertainment experience as in the puzzle was not the standard shape.