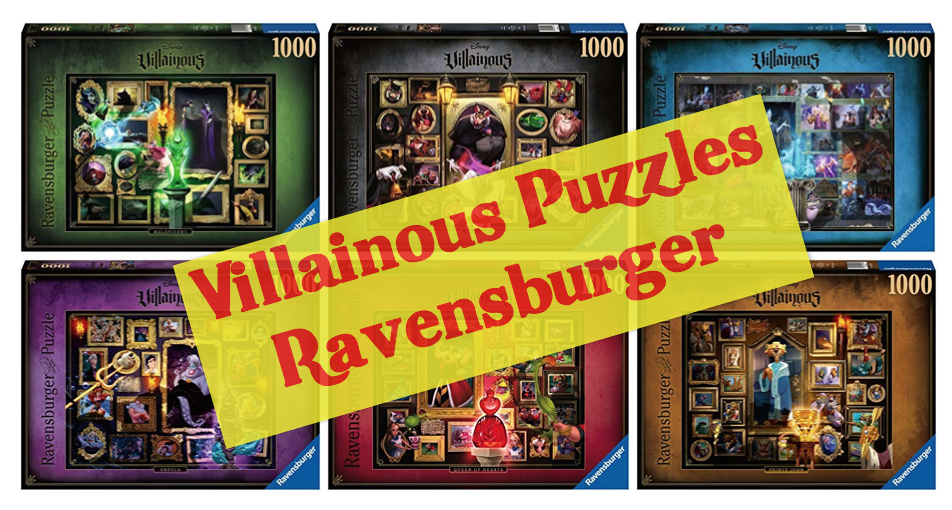 Check out the Villainous Puzzles Series produced by Ravensburger which is based on the board game and film by Disney. It comes in a series of six different images portraying the characters in the game along with other details.  If your are really interested in having a super fun game, you can dress up in the character you choose to be and 'act' the part.  Or you can watch any one of the Six Disney movies with your favourite Villain while you assemble the jigsaw puzzles.

Which Villain is your favourite?  Personally, I am all over the Queen of Hearts from Alice's Adventure in Wonderland!

You can choose from the six different Villains to perform different acts and use different strategies to win the game. There is a full game explanation and a game demonstration in the following Youtube video below. 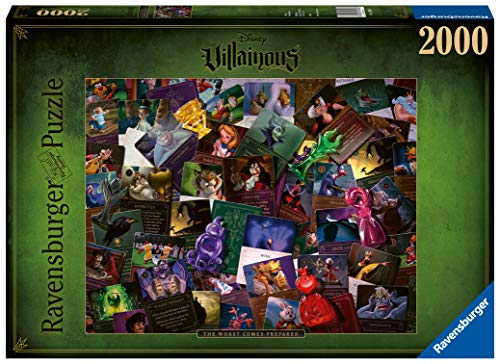 More Details About The Villains Game

The Villains are the evil characters that players control in a game of Villainous. Each Villain has a Realm to play on, a Mover to indicate where they are in their realm, a Villain deck with cards they can play, and a Fate deck with cards that other players use against them.

The first six Villains are in ‘The Worst Takes It All’

The next three Villains are added to ‘Wicked to the Core‘

Another three Villains are added to ‘Evil Comes Prepared‘

Then three more Villains are added to  ‘Perfectly Wretched‘

And finally at this point in time, three more Villains are in the ‘Despicable Plots‘

The above breakdown will make more sense after you watch the video below.

Villainous Puzzles From The Game

Disney and Ravensburger have really got the whole package going with the Villainous product. The Villainous puzzles are just as popular as the board game itself. Either way, whether you decide to collect and assemble all seven of the Series or play the actual board game no doubt it will be fun for you and or your family.

I have also had the pleasure of assembling the Disney Pixar jigsaw puzzle.

Demonstration of the Villainous Game in video