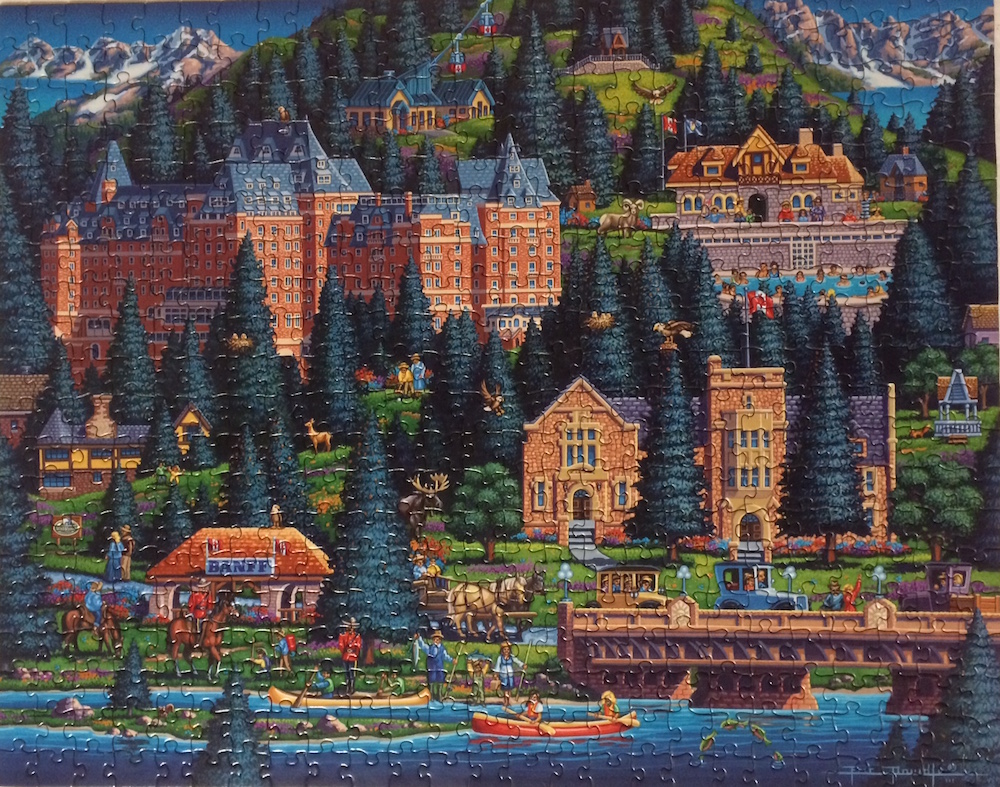 On this Dowdle Banff jigsaw puzzle you must appreciate the details of this image. There are so many little windows on that building and then those trees required the proper shades too. There's many little details among the image that you cannot see so much unless you actually assemble it.

I like the size of this jigsaw puzzle. It's 16"x24" which leaves room for pieces around the outside yet still on the 20"x30" foam board as shown below. I started with the brightest, bluest areas in the water first which helped distinguish the boat-dock. I went straight up to the mountains as they were fairly easy to see. The next areas were buildings with lots of window and I left the trees for last. The Fairmont Hotel was the most trickiest of all areas.

I have been to Banff on more than one occasion and this Dowdle Banff jigsaw puzzle image has captured a beautiful scene of the place. It appears you can see all these areas in his image but in fact when you are there you do need transportation to get to these locations. He has taken the highlights of the area and combined them into one image.

I do highly recommend doing Dowdle Folk Art jigsaw puzzles. I have yet to find any deficiencies - not even a missing piece on the Thrift Store purchases I have found.  I purchased this one for $1.00 and it is the 2nd Dowdle jigsaw puzzle I have found where the topic is so close to my home which is titled Calgary Stampede