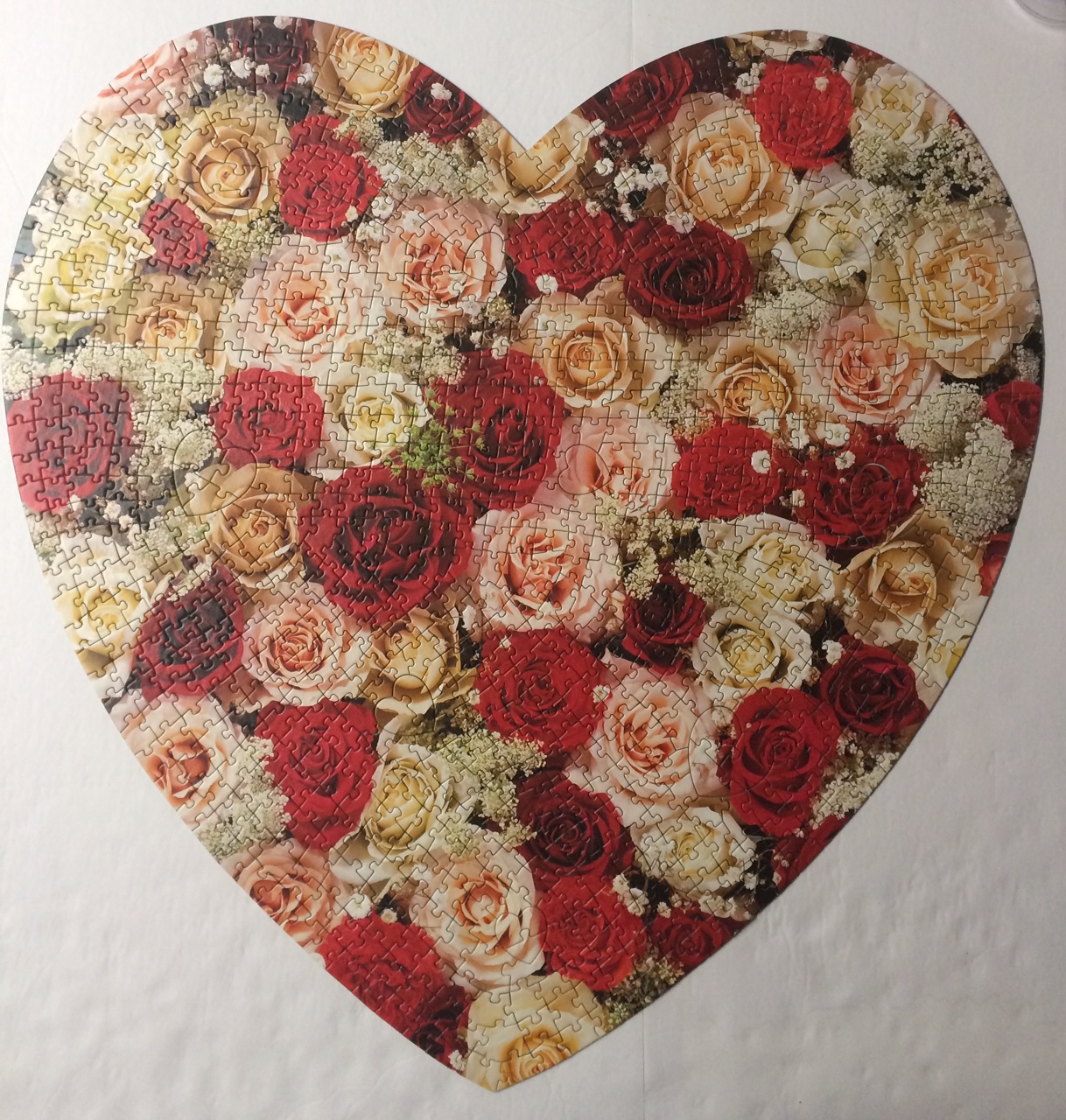 This Heart Shaped Puzzle is such a rare beauty and I am especially grateful for the puzzle Fairy who sent it to me as it has a deep connection for me now.

Just above you can see the shapes of the edges/boarder some of which have a straight edge and some have a rounded edge. Most of the rounded edges belong to the actual heart shaped pieces that are located inside the heart puzzle as you can see I have placed them in their general area below. 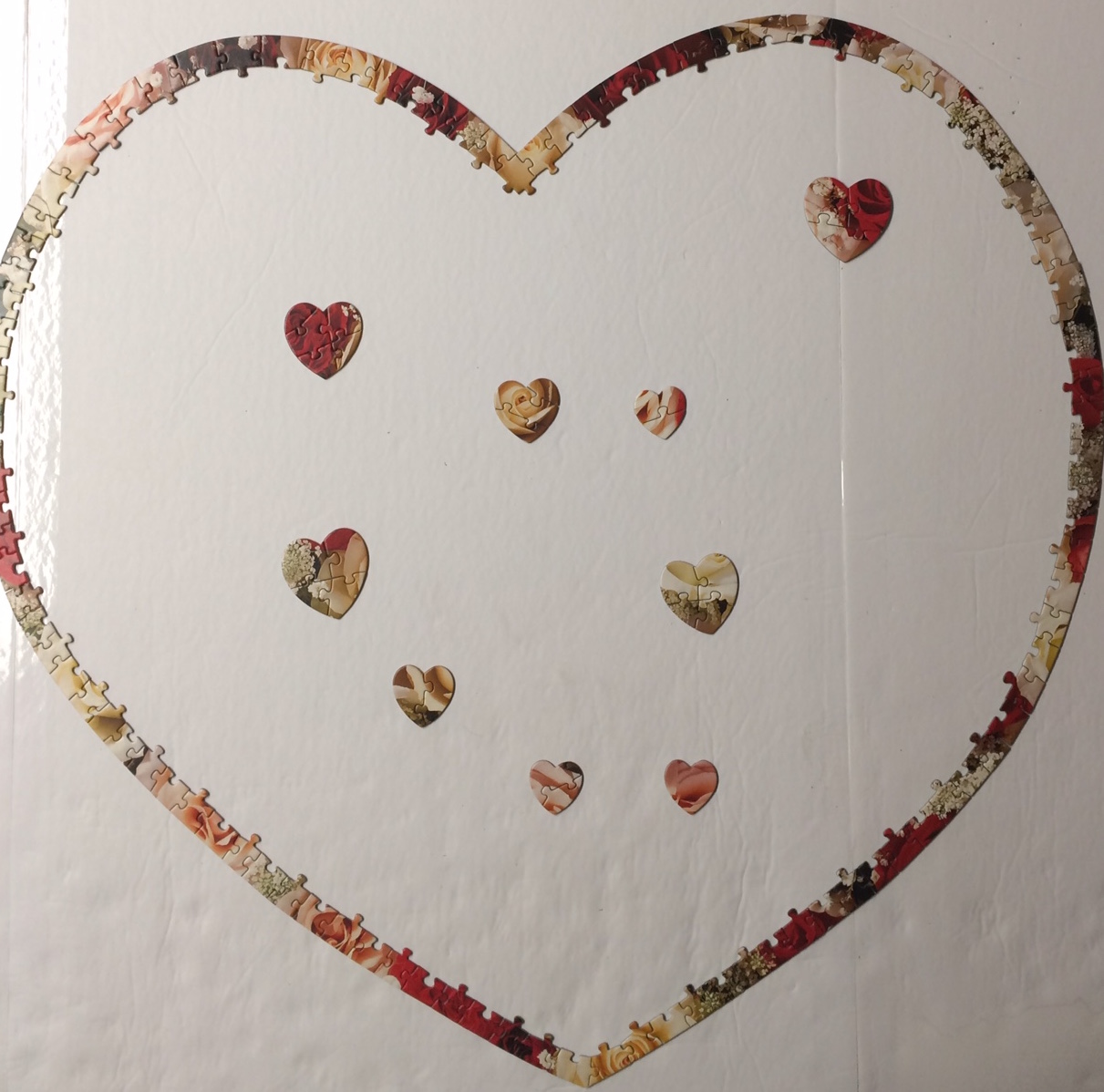 After I completed the border and the inside hearts I headed straight for the solid dark red roses and assembled them into their positions on the board as shown below. Then I attempted to work around the hearts that were already on the board as those pieces where shaped slightly different than the more common standard shaped pieces. Some of the pieces were actually a 'stretched' variation of random/grid-like and not so much as extremely random. 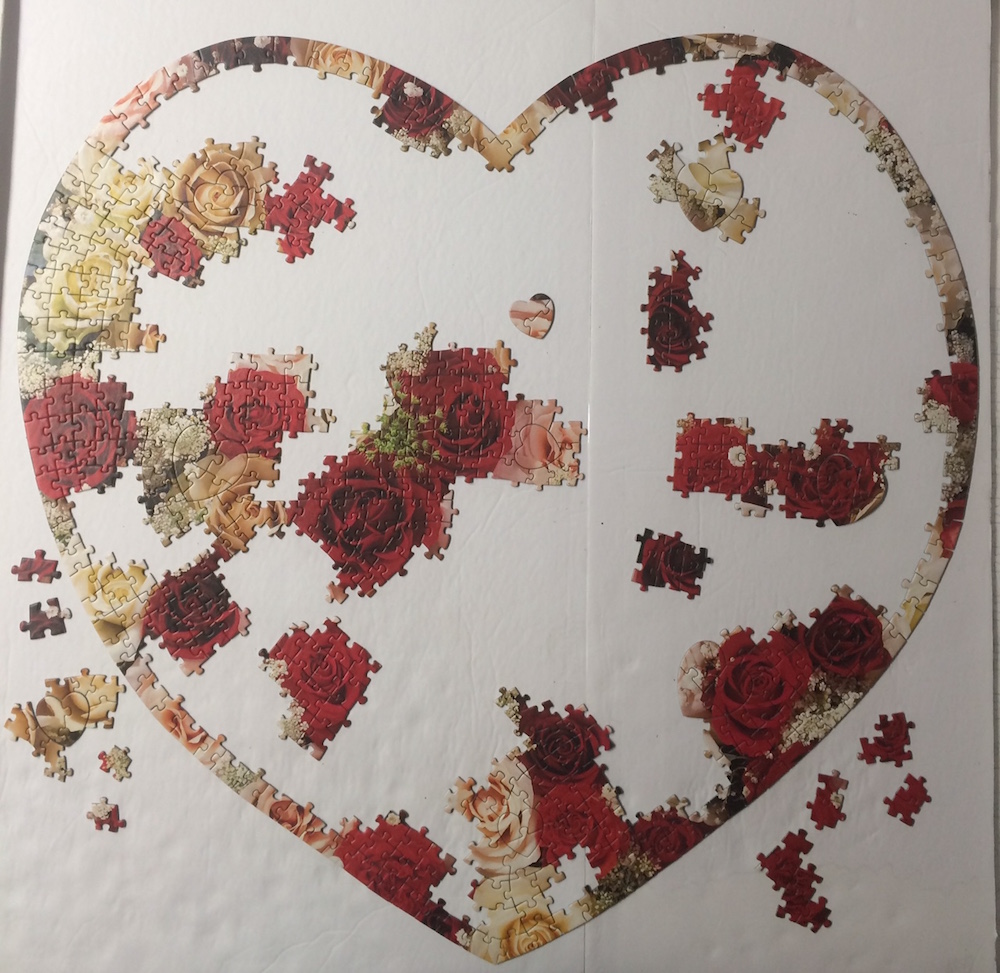 I continued to build around the heart shapes that were already in place and I started to add the pinks, whites and the small amounts of green colors into place. There were actually some 'almost' black pieces that filled the background. Then there were some 'sprigs' of white leafy-petal type pieces that were a little tricky too. 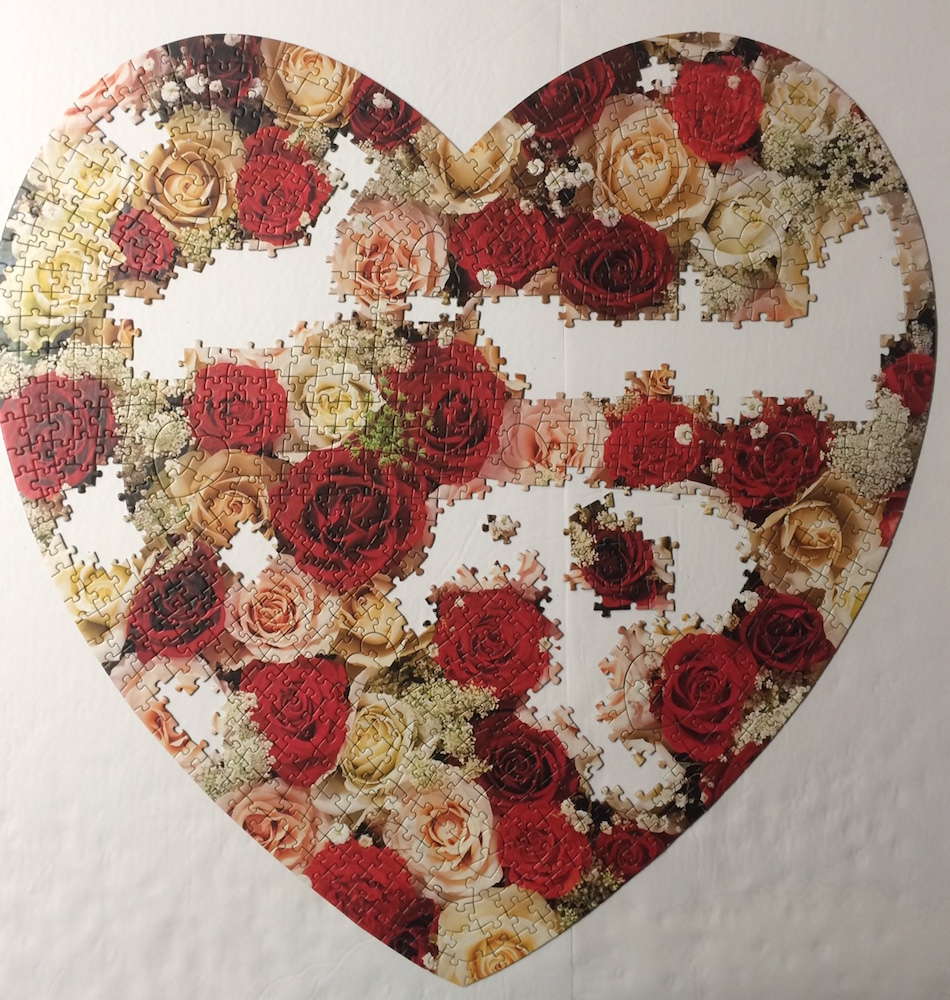 The Ravensburger Heart Shaped Puzzle is a such beautiful shaped image produced in 1999 and  the image is by Ulrike Schneiders, who was born in Germany, and (like her father) is internationally recognized as one of the foremost still-life photographers. Her images can be found in many brands of jigsaw puzzle companies.

The following images share some of the close up roses and other 'sprigs' as I refer to them because I do not know what their title is.  Also the images share the great quality and cut of the ever so popular Ravensburger brand.

As with most Ravensburger jigsaw puzzles, the user can expect a great quality and this being a gift from a very special Puzzle Fairy, whom unbeknownst to her, it came at a time when the puzzle fates knew I was struggling through the passing of my two beloved pets.  And since this jigsaw puzzle image was at the very highest level on my wish list it was the most gracious moment I have ever experienced during the assembly of a jigsaw puzzle. My heart is still filled with gratitude for this Puzzle Fairy's generosity so 'special' thanks to her.  This jigsaw puzzle is dedicated to my two boys, Oscar and Meyer, with love, may they rest in peace.