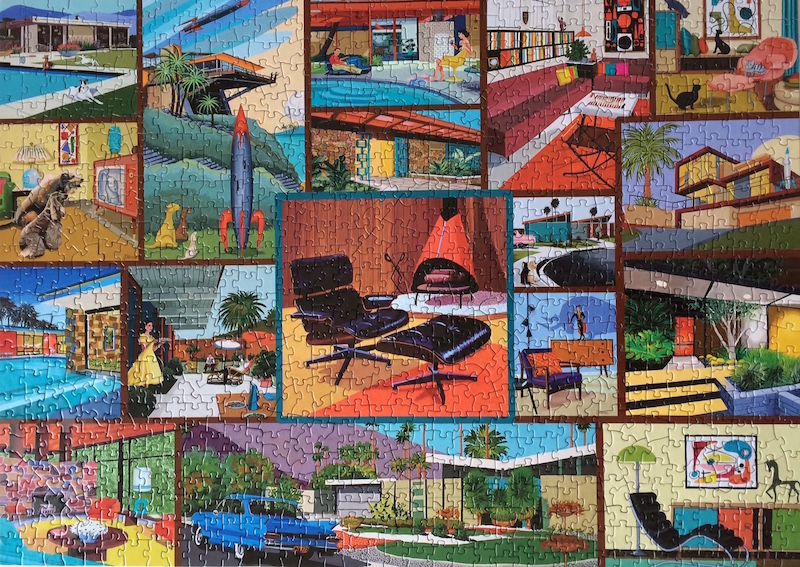 The Mid Century Modern Puzzle is one of my first reviews for the Hennessy jigsaw puzzle brand. I was pleasantly surprised at this very nice and clean product that is quite comparable to the other major brands.

After I wrestled with the border you can see I started with some of the outside border areas next. I then decided to work on many of the different smaller details. Because the image was sectioned off like a collage I treated it like several little mini puzzles.

I was actually surprised that the bottom home where the blue car 'lives' was the trickiest area - it was the trees, shrubbery, grass and both roofs that I kept going back to again and again. 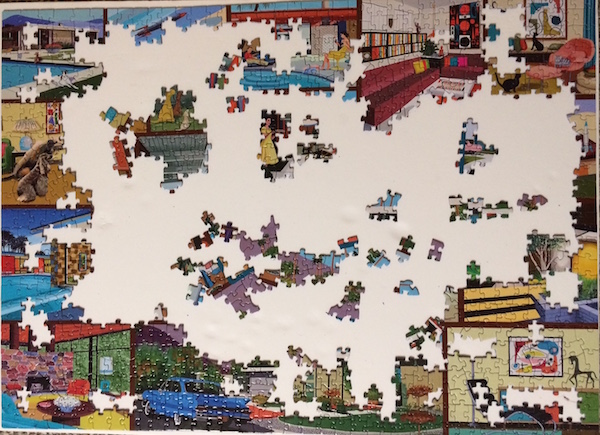 As I mentioned above, Mid Century Modern Puzzle was like doing several little mini puzzle images but it sure was nice seeing the images form and then discovering little details like ornaments and dishes.

It also came with the Flyer inserted in the box which shares how they assist with Charitable donations or will help to assist with raising funds which is always cool......

Hennessy jigsaw puzzles are just as good quality as any of the other major brands for an overall experience. They attach the idea that each puzzle image should tell a story.  That said, if you are wondering if you would like to try one of their products then I recommend yes, you will not be disappointed.