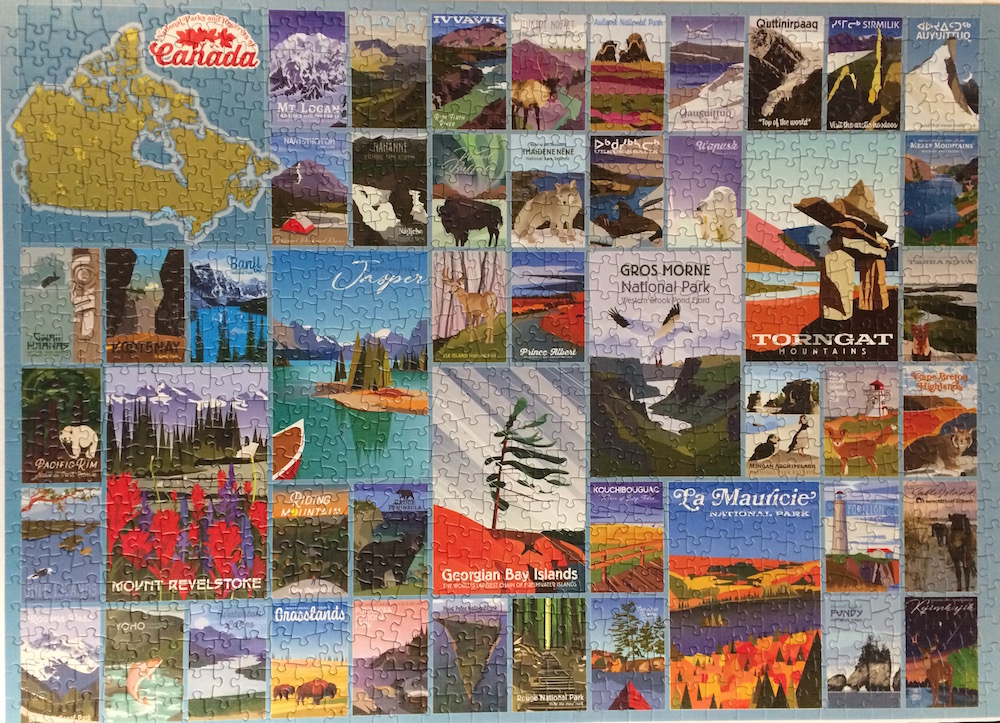 This Canada Parks Reserves image is educational. Most of the places on the puzzle I do know of but there are some that I was unfamiliar with - always good to know new things.

The border was a little tricky at first as the majority of the pieces are blue however the tipets of colors on the pieces were enough to identify where they went. It is quite visible in the image below. Turns out this cut on the right side was quite close to the edge. It was difficult to determine the edge pieces so I waited until I was close to completing the puzzle. That way the correct pieces did eventually fit into the correct place.

I started with the Canada sign and map. You would have to see very up close the tiny numbers on the Canada map. It is basically a 'key' to indicate where in Canada the Park images on the rest of the puzzle are located. They were very little help with the assembly process.  I located big patches of reds, purple, blues and pinks to put into place first. I continued to build on those patches. The variety and shades of blues which blended with the borders of each image in the collage were a tad tricky which was just enough of a challenge to keep it interesting. 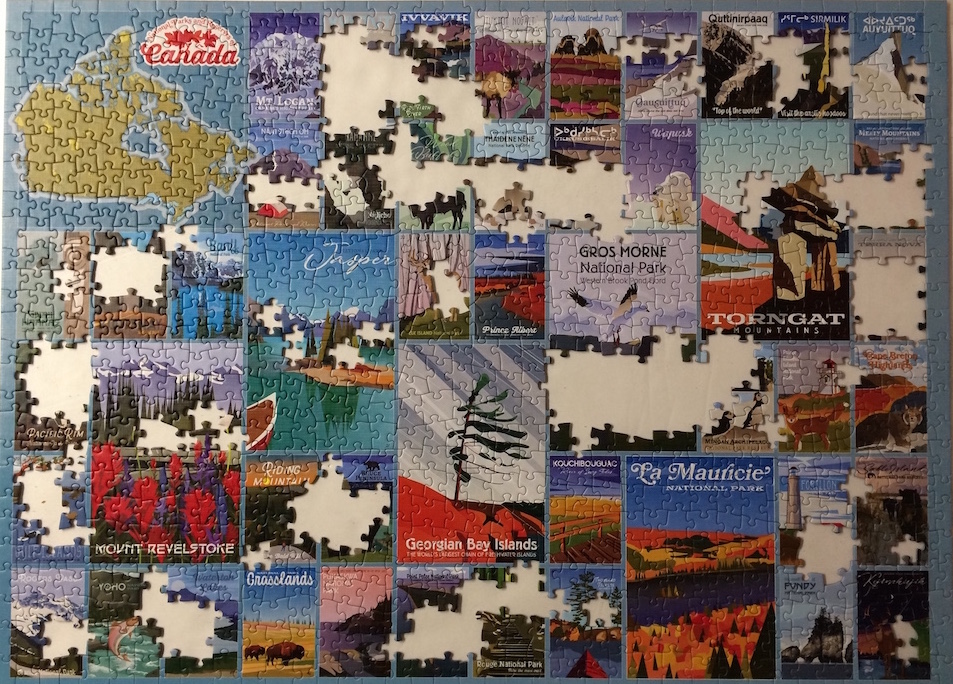 Here are some of the most visible close up images featured in the puzzle that show the actual tiny numbers on that correspond to the map. The numbers being so tiny and in black were likely meant for reference only as I mentioned they were not helpful when assembling the puzzle.

There's a similar Cobble Hills Puzzle Company jigsaw puzzle titled Greetings From Canada which shows the Provinces. This one shares the Parks and Recreations in those Provinces. Being a collage type image, the Canada Parks Reserves puzzle was not too difficult and the artwork colours were pleasant to assemble.