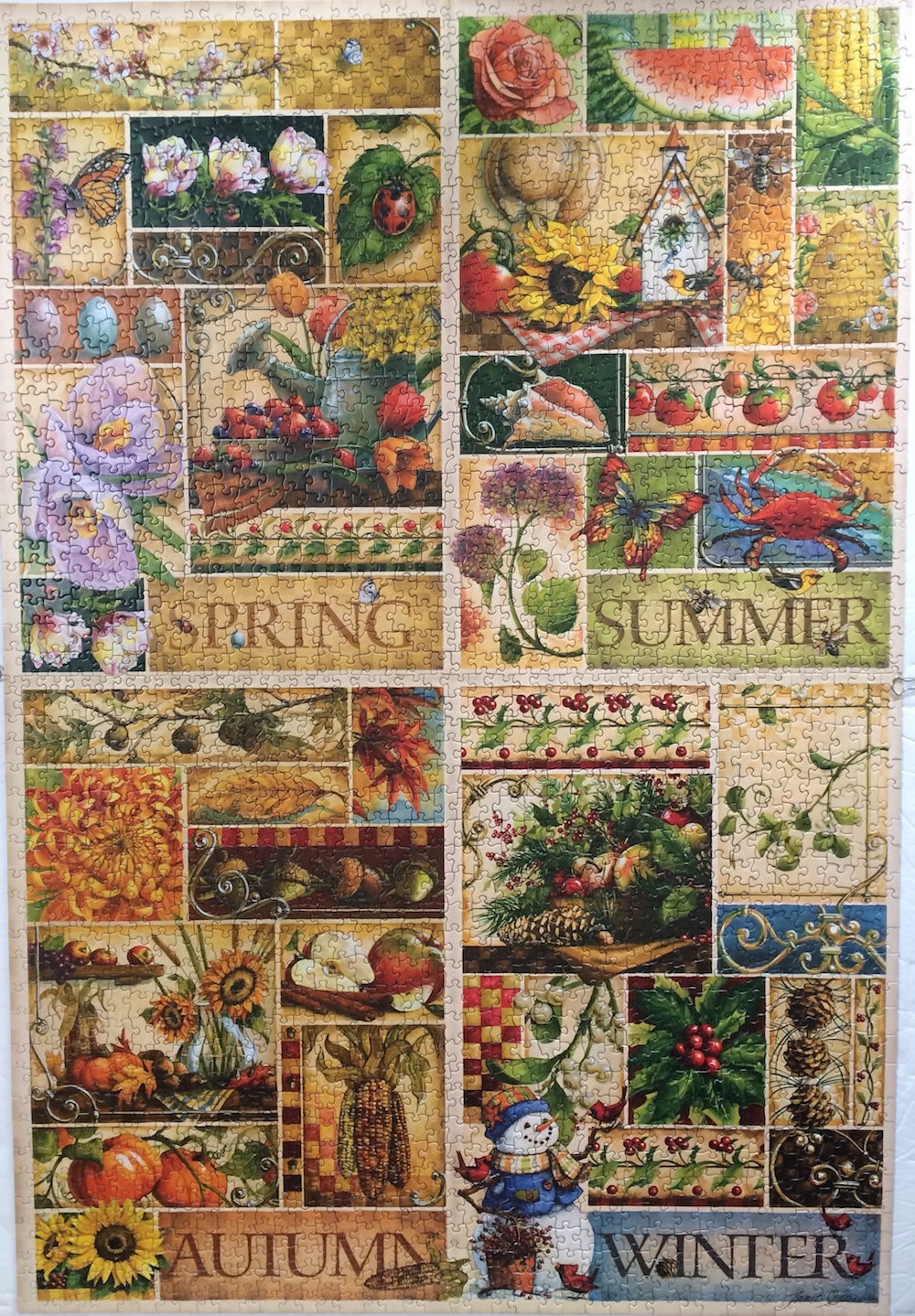 The size of this Four Seasons Puzzle is quite large and takes up 2 standard size foam boards. When laying the pieces out, it takes four foam boards, so six foam boards in total. That said, once this one is accomplished, your will be very impressed with  the way it looks! 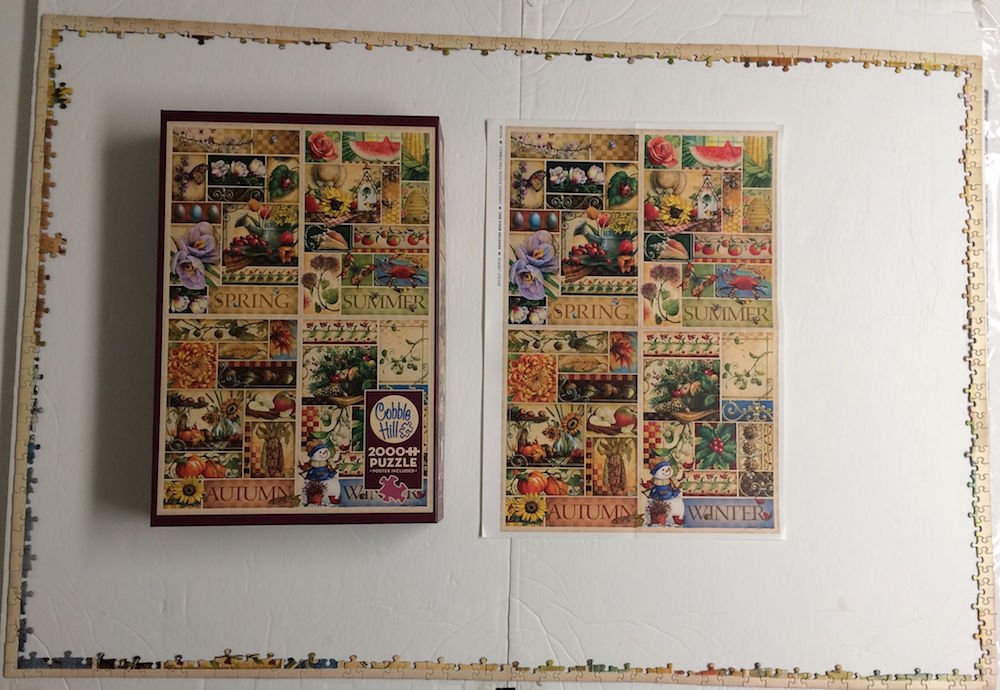 Well as you can see the Four Seasons puzzle pieces take up 4 foam boards and the colors are sorted pretty closely together. I started with the text letters first as shown in the image below. There were a lot of tricky areas. With so many different clusters of images, I was basically building these clusters within the puzzle board, like the Snowman, acorn and flowers shown on the image on the left side below. Therefore I had many small sections I continued to build on. I felt I was finally over the hump at about the halfway mark when the big sections started to slide into place. At that point it became mostly smooth sailing to the end.

I have yet to see this one assembled by any other puzzlers yet. Sure it had its tricky areas but in the end, I am very pleased with it and happy that I chose to review it. Of course all the 'Seasonal' details are extremely well represented by the Illustrator Janet Stever and you will see even more wonderful images on her Facebook Page.

Here's another Four Seasons Puzzle by Cobble Hill Puzzles that I assembled. These come in 4 individual boxes.