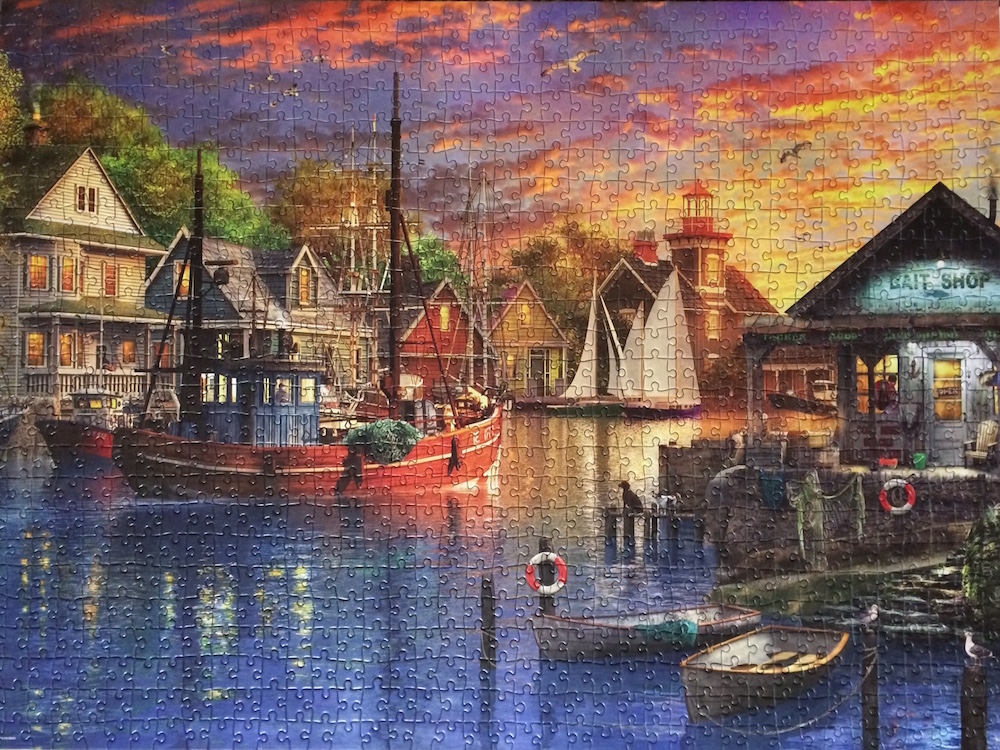 The Harbour Sunset puzzle turned out much better than I expected and by that I mean the image. Images similar to this one are not my first choice but since I had joined in a survey with Cardinal Puzzles I was sent this one for review.  Not that I mind the picture,  I do like it however it would not be my first choice.

That said, the image is by the Artist, Dominic Davison, who I do enjoy his artwork type as it is not a 'paint brush stroke' style. So it turns out that once I did complete the image, I was very impressed with how well it looked on the table and of course the two little dogs on the end of the dock was super cute.

The border went together fairly quickly with the multi-coloured sky at the top then into the Bait Shop.

I continued to assemble the trees, building and boats in that order. The dark blue waters at the bottom left were last.

This Harbour Sunset  puzzle was built from top to bottom which has been a first for me in quite some time so I expect that is due to this type of image scene which I do not assemble often.

Cardinal's jigsaw puzzle titled American Harbour Sunset is by Dominic Davison. It is a 1000 piece measuring  20"x 27" and comes with a box lid easel and reusable, sealable bag, both which are very nice extras as shown below the following close up images. 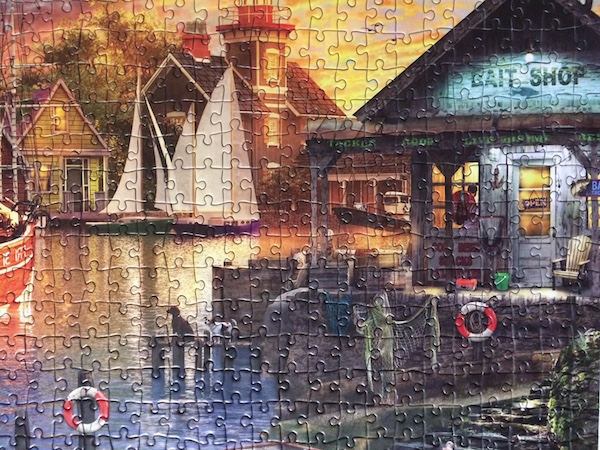 Cardinal Puzzles has 85 jigsaw puzzles listed on Amazon. To see them CLICK HERE

This puzzle was sent to me for being part of the Cardinal Puzzle Panel review Group in Facebook. Cardinal Puzzles has reached out to several Group member to provide us with free puzzles upon completing their surveys and reviews. It's our pleasure of course ;) 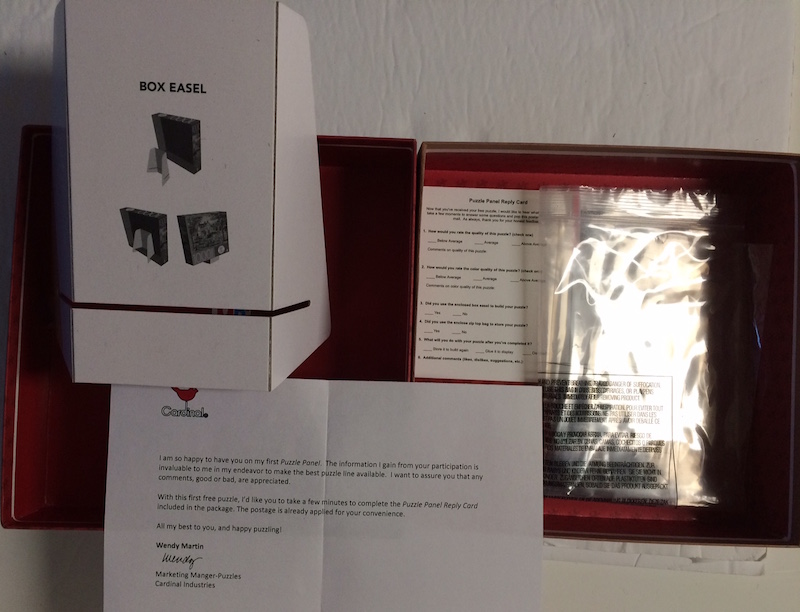